Willie is our newest Miracle! 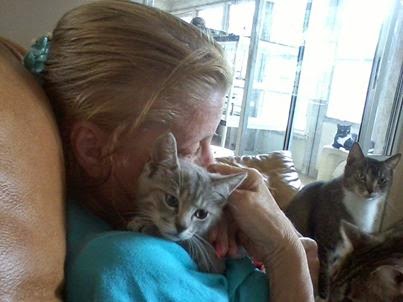 Miracles DO  happen.  The Little Cats' Rescue has been unable to admit any cats since September, due to lack of funds.  It's been painfully difficult to continually turn them away,  but we cannot take on more than we can handle.  However, last week a call came in from a kind woman named Helen. A
kitten had made his home in the engine of her motor home, which was about to hit the road again.  He would come out for food from Helen,  but then he'd scamper back into the engine.  Helen called The Little Cats' Rescue to say that she was leaving, and the kitten would be left to fend for himself.
Something in RaeAnna's heart told her to say "yes" to this little boy. (Bear in mind that she didn't know his color or gender until he arrived).  RaeAnna named him Willie (for Nelson - "on the road again...") Willie quickly became brave and playful. Just prior to his arrival, a dear friend (pictured holding Willie) of RaeAnna's came back into her life after a 6-year absence. Leslie's precious kitty Dodger died, and she wanted a male, baby grey tabby to join her multi-cat household (which includes a white deaf male named Misha - who came from TLCR!) This family has been through hell and back - they lost everything..and yet through it all, not once did it enter their minds to "surrender" even one of their cats. They stuck together as a family and have made it through! And now, miracle of miracles, little Willie found his forever family just one week after arrived at The Little Cats' Rescue!  We are SOOOO happy for them!
Would you like to help TLCR to rescue, rehab and rehome more little kitties like Willie?  Just click on "how to help" above to give a tax-deductible donation.  We cannot do it alone!  There are so many more babies and adults out there needing rescue!  By the way, that adorable abby/tabby in the background is George - he's longing for his own forever home!   — at The Little Cats' Rescue Sanctuary.
Posted by TLCR at 5:25 PM No comments: 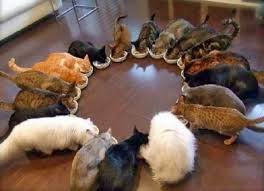 Yep, it's that time again.  Feeding 50 cats takes a LOT of food!  But the good news is, one of our faithful supporters will match your donations up to $500 to specifically pay for the cats' food!  Won't you please help us?  You can either mail a donation to:  P.O. Box 1559, Elfers, FL 34680, or you can click on our paypal link on this page Tax receipts are mailed out quarterly.  In case you don't know, TLCR has been serving the Tampa Bay tri-county area since 2002.  We've rescued, rehabilitated and rehomed close to 1,000 cats in that time - and done TNVR on hundreds.   Every little bit counts - even if you can afford only $5.00
a month!!  Thank you with purrs and sandpaper kisses!
Posted by TLCR at 1:02 PM 1 comment:

Email ThisBlogThis!Share to TwitterShare to FacebookShare to Pinterest
Newer Posts Older Posts Home
Subscribe to: Posts (Atom)
Founded in 2002, the mission of The Little Cats' Rescue is to rescue, rehabilitate and give sanctuary to homeless cats until they have a permanent home. TLCR is a no-kill for space shelter, where (as health and temperament permit) the cats reside indoors in an uncaged, homey environment.
Visits to the Sanctuary are By Appointment Only. Please call or e-mail to schedule a day and time to visit.
(727) 359-9629
thelittlecats@gmail.com
facebook.com/thelittlecatsrescue

We are an all-volunteer nonprofit rescue group that relies solely on public donations. Please click the PayPal logo to make a donation online. Your donations are tax-deductible. THANK YOU! 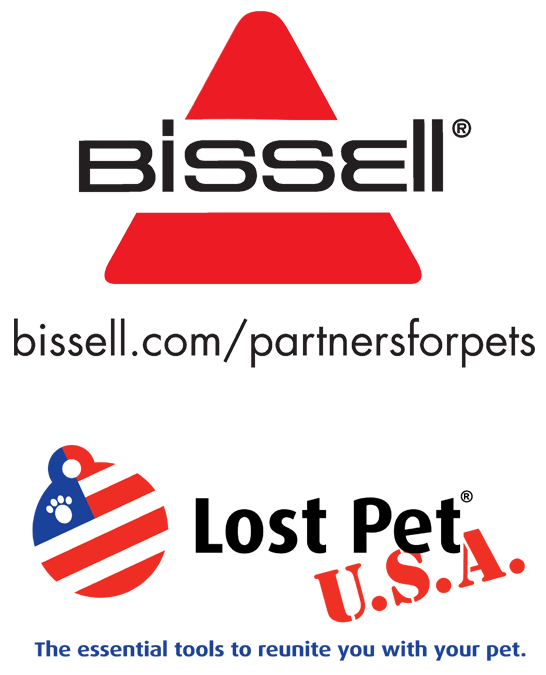 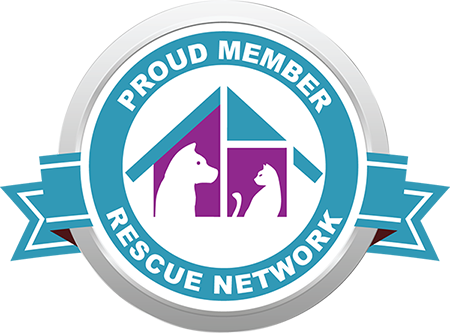 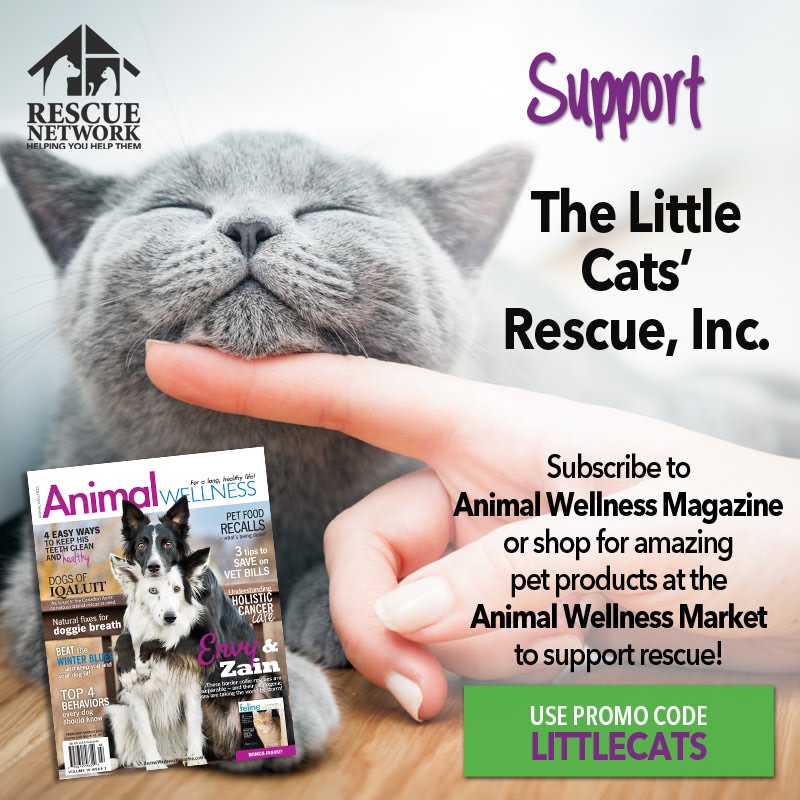 Book a veterinary appointment with Vetary and give back to a pet shelter in need!

Adopt A Shelter is a FREE and EASY way to support TLC every time you shop online! 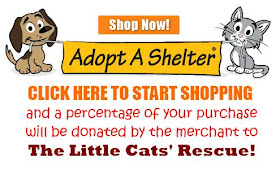 The Little Cats' Rescue was founded in loving memory of Zacheriah T. Cat. Rescued from abuse in 1989, he slept by our founder's side for 13 years.