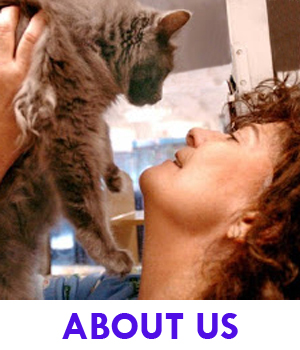 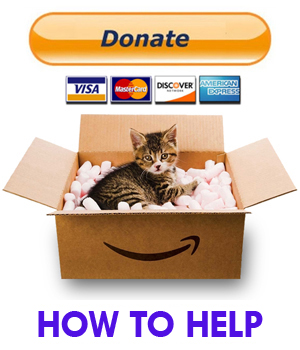 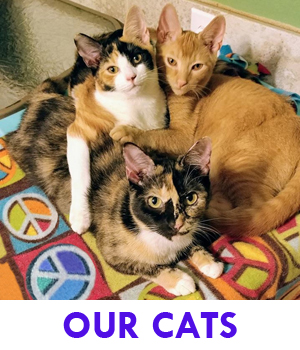 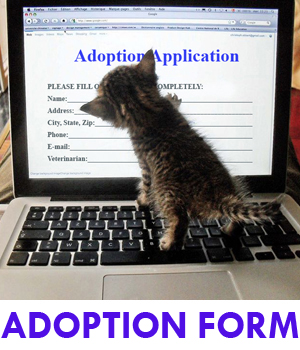 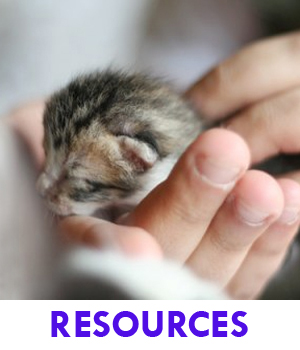 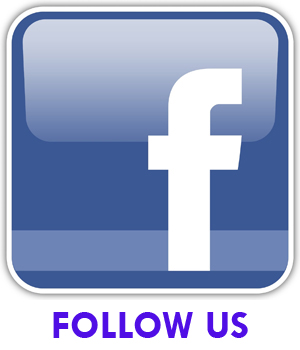 ALL VISITS TO OUR SANCTUARY ARE BY APPOINTMENT ONLY.

If you would like to meet one or more of the cats, please fill out and submit an adoption application form first so that we can contact you and schedule a visit. We cannot accommodate unscheduled walk-ins.

For all other inquiries, please e-mail: 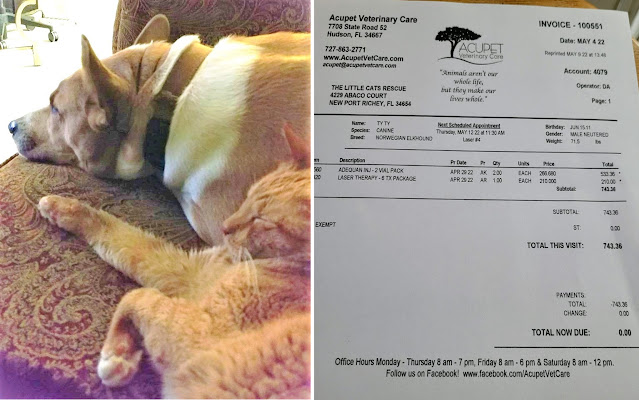 So, our loving rescued doggie, TyTy, has started his laser therapy and injections to heal his torn ACL and his inflamed hips. We are a pair, him and I: I now have a torn LCL. (tripped by Izzy the kitten). As someone said yesterday, we'd make a great potato sack race team. His left, my right. As you can see, his bill for the therapy is significant ($743, which I paid, but we need to recoup the funds for nine upcoming spay/neuters). Surgery isn't an option for him, and that's just as well, as surgery is WAY more expensive. If you are able and so inclined, anything you can spare towards his treatment is greatly appreciated! As you may know, TyTy was rescued from an abusive situation where he was facing death. He's been our "kitty dog trainer" for ten years, and he does a great job at it! (Shown here with his buddy, Mufasa, a lifer with feline hyperesthesia). We've been able to get kitties acclimated to a large dog, so they can be adopted to a family with dogs! Everyone loves TyTy, and we want him to feel better!
To make a donation, please visit our Facebook page, or you can use our Debit Card/Credit Card/PayPal page. Thank you! 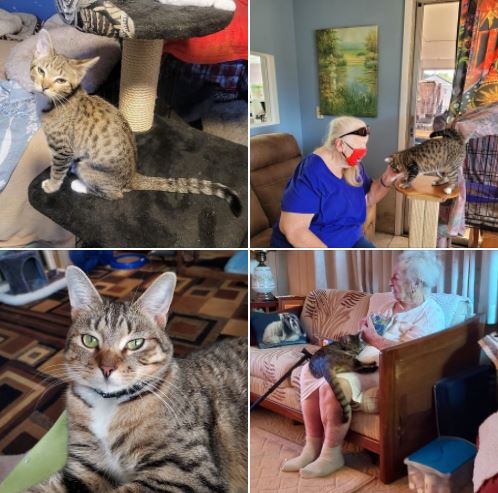 Who remembers Carissa? She's the kitten who was found screaming outside a local bar. Here's a snapshot of her life since she was rescued by The Little Cats Rescue of New Port Richey. Carissa was cute when she arrived, but she's really blossomed into a "Magnificat!" She's truly stunning. Cheryl can't get over how loving she is.

Turned out that this little girl had a prolapsed rectum and required surgery. We named her after the lovely lady who found her. Carissa had to be confined while she healed, and it took us a month to get her well. She was a brave little girl throughout it all. Carissa was adopted by Cheryl back in early January, 2022. Cheryl believed she was about to lose her 102 year old mom and hoped to bring some joy to her mother in her last days as well as for herself. Well, those "last days" are still rolling on, and Cheryl attributes her mom's longevity to the love she gives to and gets from our little Carissa. We converse about once a week and marvel at the miracle of this kismet.

Carissa and her humans are only one example of the precious lives you help us to rescue, rehabilitate and rehome, and we thank you! 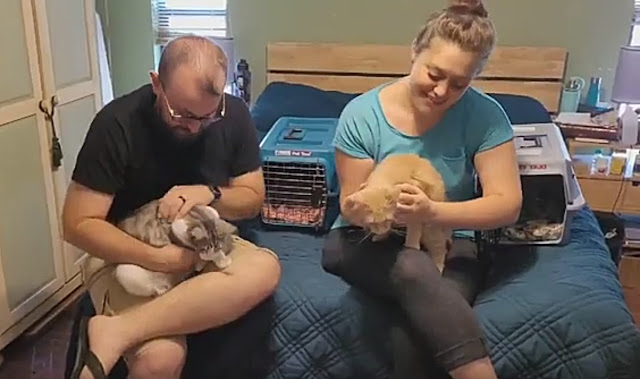 Congratulations to Milagro & Leon and their new parents! I don't know whether to laugh or cry. I'm doing both. Many of you have followed the progress of these two bottle babies for a while. You know how close they came to not surviving their shaky start in life. All my sleepless nights were SO worth it! Just look at these healthy, happy, gorgeous boys! A heartfelt thank you to our supporters. 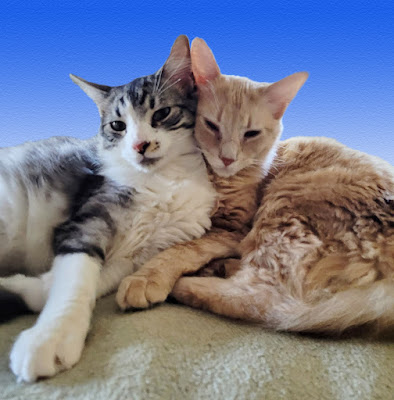